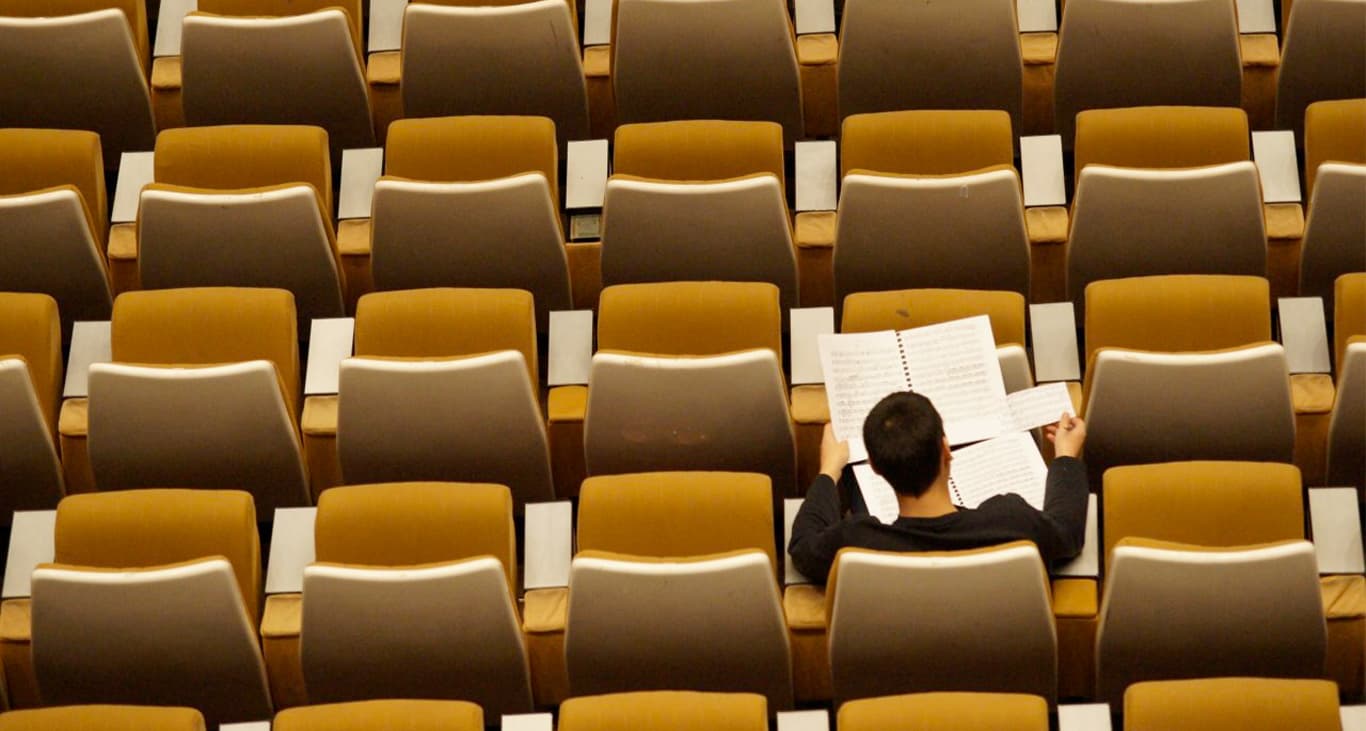 College is typically one of the most exciting times in a young person’s life—and also one of the most stressful. Positive experiences of connection, learning, and independence are counterbalanced by academic and social pressures, coupled with the challenges of being away from home for the first time.

That’s why rates of depression in college students have been rising, and why college mental health services have been overwhelmed with demand in recent years. With the addition of COVID-related stressors, rates of anxiety and depression on college campuses have increased even more dramatically.

How Many College Students Have Depression?

College depression statistics show that students’ mental health has steadily declined since the pandemic. A survey of 45,000 college students conducted at nine public research universities, including both undergraduate and graduate students, found that more than one-third of college students were suffering from major depression or anxiety disorder in 2020. These college depression rates were twice as high as in 2019, and the anxiety rates were 1.5 times higher.

College depression rates did not improve even after students received vaccinations and went back to campus in Spring 2021. During that semester, a follow-up study on college students and depression found that between 42 and 56 percent of study participants were at risk for clinical depression—compared to about 35 percent of participants prior to the pandemic.

Most recently, a January 2022 survey on college and depression, done by Lady Gaga’s Born This Way Foundation and the Mary Christie Institute, shows that a full two-thirds of college students have faced a mental health challenge in the previous year.

Which Students Are Most Vulnerable to College Depression?

Moreover, the following groups experience higher rates of both anxiety and depression on college campuses:

Looking at the longer term, depression in college students has doubled during the past 10 years, according to the annual Healthy Minds Study—leading to what the New York Times calls a “troubling spate of suicides” over the past year.

63% of college students say their emotional health is worse than before the pandemic, and 56% are significantly concerned with their ability to care for their mental health.

Depression and College: A Closer Look at the Statistics

Another national survey, this one conducted by the Healthy Minds Network and the American College Health Association, looked at depression in college students through the lens of their attitudes and concerns related to COVID-19. Nearly 19,000 students on 14 campuses participated in the survey, titled “The Impact of COVID-10 on College Student Well-Being.”

In this survey, the number of students reporting academic difficulties related to mental health went up. More students also reported stress related to financial problems. Another notable finding of the survey was an increase in difficulty accessing mental healthcare after the arrival of the pandemic. Of the 42 percent of students who sought care, 60 percent said it was somewhat or much more difficult to access.

This is a grave concern, given that a quarter of young adults say that they have seriously considered suicide since the pandemic began.

Our research shows increasing rates of depression in student populations. We also see troubling changes to risk factors affecting both well-being and college retention, as well as those that reinforce inequalities, particularly for students of color who face systemic barriers to college persistence and lower access to and quality of mental health services.


Dropping Out of College Due to Depression

Withdrawing from college due to depression is also becoming a frequent occurrence among young adults. According to the National Association for Mental Illness, 64 percent of college students who dropped out did so because of mental health disorders. Moreover, half of those who ended up leaving college with depression hadn’t accessed any mental health services while on campus.

Since the beginning of the pandemic, college enrollment has continued to go down, and researchers believe mental health issues may account in large part for the decline. The National Student Clearinghouse Research Center reports that 26 percent of college freshmen who started in fall 2019 didn’t return the following fall—the highest number of dropouts since 2012.

One-third of students with depression drop out of college, according to an Imagine America Foundation study.

Why Depression in College Students Is Rising

Even before COVID, depression in college students had become increasingly prevalent, with counseling services unable to keep up with college depression rates. Coming of age in a world struggling with vast political and economic divisions, climate change, and systemic racism has left many young adults feeling hopeless about their own future and the future of the planet. Furthermore, Gen Z has been branded “the loneliest generation,” due in large part to the growing lack of face-to-face connection in favor of less meaningful online interactions.

The pandemic has added new stressors for this generation, enhancing the negative effects of depression on college students. In one study, researchers interviewed 195 students at a large public university, and found that close to three-quarters (71 percent) were experiencing increased stress, anxiety, and college depression symptoms due to the pandemic. Their most common stressors included:

Unfortunately, this study on depression and college students found that a vast majority (93 percent) of students who experienced anxiety or depression on college campuses have not used mental health services during the pandemic. Most often, this was because they didn’t think their distress was severe enough to warrant professional support. Moreover, some were uncomfortable interacting with people they didn’t know or talking about mental health problems by phone.

Moreover, a Jed Foundation study on college kids and depression found that 82 percent were experiencing anxiety, 68 percent reported loneliness, 63 percent had college depression symptoms, and 60 percent said they had difficulty coping with stress in a healthy way.

How to Cope with Depression in College

Along with documenting college depression rates, researchers have examined how young adults are coping with their high levels of stress and mental health challenges. Substance abuse continues to be the most common negative coping mechanism for college students. However, many students are doing self-care practices that support their well-being, even as depression on college campuses rises.

When asked how to cope with depression in college, here are some of the best and most effective approaches that students reported using, whether they were at home or on campus. All of these methods are scientifically validated, meaning that research has demonstrated their ability to enhance mood and reduce cortisol (the stress hormone).

Furthermore, it’s important for young adults to recognize that “it’s okay to not be okay.” When young people practice self-compassion and self-acceptance rather than ignoring or judging their difficult emotions, they are building resilience that will support them now and into the future.

Treatment for Depression in College Students

In summary, if a student is failing college because of depression, or is struggling in their daily functioning at school, they need more support than campus counseling services are typically able to provide. In these cases, outpatient or residential programs may be necessary to address the effects of depression on college students.

If you or someone you love is experiencing depression, anxiety, suicidal thoughts, or other mental health symptoms, we can help. Contact us today to learn more about our integrated approach.

The Impact of COVID-10 on College Student Well-Being