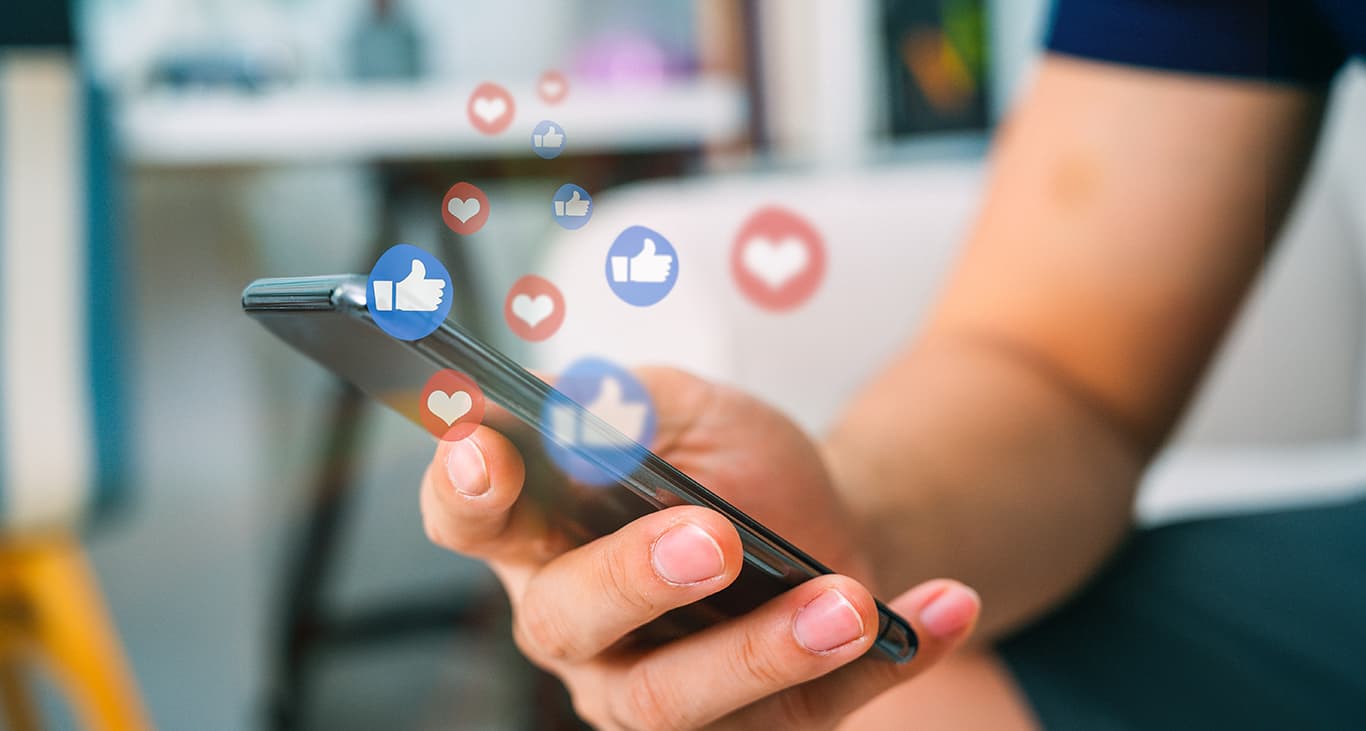 Narcissism is often defined as a fixation with oneself and one’s physical appearance or public image. Many young adults could be described as narcissistic, because they’re at a stage of life when they are establishing their identity and figuring out who they are in relationship to others. But is narcissism on the rise among young people today? Could social media narcissism be creating a self-obsessed generation?

Research shows that today’s young adults are more narcissistic than ever before. More than 10 percent of people in their 20s are believed to suffer from subclinical narcissism, according to Psychology Today. And social media is contributing to the problem.

Is Narcissism On the Rise Among Young Adults?

Research confirms that young adults are becoming more narcissistic, and social media A study published in the Journal of Personality analyzed data from 85 samples of American college students who completed the 40-question Narcissistic Personality Inventory (NPI). They found that, between 1982 and 2006, college students’ NPI scores significantly increased by about two narcissistic answers.

“Receiving a like on social media produces a physiological high by triggering our reward cycle. This good feeling is due to a dopamine rush in the reward center of the brain.”

A follow-up study added 22 new studies to the meta-analysis and found further increases in narcissism in young adults through 2008. The researchers proposed two reasons for this increase: a greater focus in recent years on building self-esteem in young people; and the internet and social media, which encourage young people to focus obsessively on themselves and their public image.

The Role of Anxiety in Social Media Narcissism

A 2020 study found that both types of narcissists have a higher risk of developing an addiction to Facebook, as a coping mechanism for anxiety. Researchers analyzed data from 327 Facebook users in Germany, with an average age of 23. They found that anxiety was the strongest predictor of Facebook addiction. The study authors concluded, “The higher the narcissism level, the more anxiety symptoms are experienced that foster the development of addictive tendencies.”

Vulnerable narcissists were particularly likely to become addicted, as they tended to seek positive feedback online, where they could more easily control how they appeared than in person. However, grandiose narcissists also experienced anxiety and insecurity, despite their self-confident online personas.

The Link Between Social Media and Narcissism in Young Adults

Because social media, particularly Facebook and Instagram, focus on sharing (and sometimes oversharing) one’s own image and opinions, young adults who use these platforms frequently are prone to narcissism. Research shows that higher amounts of social media use predict higher levels of grandiose narcissism. This includes time spent on social media, frequency of posts or tweets, number of friends/followers, and how often participants post pictures of themselves on social media.

In a 2018 study, researchers tracked 74 participants aged 18–34 over four months and used the NPI to quantify their narcissistic traits. Hence, they found that participants who posted large quantities of photos and selfies showed a 25 percent increase in narcissism. Specifically, those who used Facebook and other platforms that focus on images rather than words became more narcissistic over time.

Studies like this one indicate that social media narcissism has the potential to cross over into what’s known as Narcissistic Personality Disorder (NPD). In fact, participants who showed the most significant increases in narcissism actually qualified for an NPD diagnosis.

In response to trends in digital narcissism, social media platforms are attempting to shift toward building self-worth and authentic connection without emphasizing an idealized appearance. For example, in 2019, Instagram and the National Eating Disorders Association launched the #ComeAsYouAre campaign. The campaign encouraged young people to share their stories of accepting their bodies just as they are, a key principal in treating eating disorders.

In addition, in fall 2019, Instagram began hiding likes on its stories. Therefore, people can see who liked their posts, but they can’t compare their likes with others’. As a result, “users may find that their experience posting on Instagram begins to revolve more around their individual expression, rather than social comparison or perceived popularity,” says Jennifer Dragonette.

The Difference Between Digital Narcissism and Narcissistic Personality Disorder

Showing signs of social media narcissism doesn’t mean that a young adult has NPD. Symptoms of NPD include having grandiose ideas about oneself and one’s achievements. People with this disorder constantly seek admiration from other people and society as a whole. Furthermore, they become fixated on external success. Additionally, people with NPD tend to lack the ability to empathize.

What makes an individual more likely to have Narcissistic Personality Disorder? Experts believe it’s a combination of factors, including genetics, neurobiological issues, personality and temperament, and whether they experienced childhood trauma, such as parental abuse or neglect.

Narcissistic Personality Disorders are believed to affect around 6 percent of people nationwide, but are more prevalent in young people and in males. help.

The most obvious way for young adults to reverse a tendency toward social media narcissism is to get off the apps. However, given the addictive nature of social media and the FOMO that many young adults experience when they unplug, deleting their accounts may not be a realistic goal. But young people can learn what Newport Executive Director Don Grant, PhD, calls “healthy device management.” That means developing awareness and gaining practical tools for creating a relationship with their devices and apps that doesn’t impede any aspect of their lives or well-being.

In addition to providing device management counseling, Newport Institute’s clinical experts support young people to build authentic connections that create trust and self-worth, rather than comparison and self-absorption. Newport Institute also treats young people struggling with Narcissistic Personality Disorder and with anxiety that may be triggering social media addiction. Young adults in our specialized treatment programs learn to relate openly and honestly to others, to regulate their emotions in healthy ways, and to better tolerate criticism and failure.

In summary, social media narcissism is increasing among young adults, and can be linked with anxiety and/or with Narcissistic Personality Disorder. However, help is available, and with effective treatment, young people can learn to build compassionate, caring relationships with loved ones and with the world around them.

We consider it an honor and a privilege to help young people who are struggling find their way back to thriving, and we are dedicated to ensuring that the families who entrust their children to us receive the highest-quality and most compassionate care available. Contact us today to find out more about Newport Institute’s residential treatment centers currently located in California and soon nationwide.