Early assessment for Borderline Personality Disorder in young adults  can make all the difference.

Because BPD mimics other personality disorders and mental health challenges, it is often misdiagnosed. Symptoms of Borderline Personality Disorder in young adults can be mistaken for depression, anxiety, substance use disorder, bipolar disorder, or PTSD.

Furthermore, the suicide rate among those with BPD is 50 times that of the general population, particularly because younger patients who struggle with BPD often only see the world in black and white. Therefore, it’s essential for young adults to receive a thorough screening if BPD is suspected. Intensive treatment for borderline personality can help young adults learn to regulate their emotions and cope with the effects of Borderline Personality Disorder, especially because they are still undergoing psychological development. Treatment for BPD can save young people’s lives.

What is borderline personality disorder?

People with BPD have difficulty regulating their emotions. As a result, they typically experience intense and inappropriate outbursts of anger, turbulent relationships, and extreme mood swings. In relationships, those with BPD often swing between intense feelings of love and closeness, known as idealization, to extreme dislike or anger, called devaluation. Therefore, understanding Borderline Personality Disorder can be challenging for the family and friends of those with BPD.

According to the Substance Abuse and Mental Health Services Administration, 80 percent of people with BPD have a history of suicide attempts.

How is BPD diagnosed?

No single definitive test exists for determining whether a young adult has Borderline Personality Disorder and often times the symptoms of BPD can be confused with normal adolescent behavior. Consequently, a BPD assessment may involve:

Here are 13 of the most common symptoms of Borderline Personality Disorder in young adults:

According to the National Alliance on Mental Illness, 75% of people diagnosed with Borderline Personality Disorder are women.

Why do more women have BPD?

According to the American Psychiatric Association, there is a 3:1 female to male gender ratio for this mental disorder. Borderline personality traits in females may manifest differently and more intensely than they do in men. For women, common co-occurring disorders associated with BPD include debilitating depression, anxiety, eating disorders, and PTSD. Men with BPD often experience intense anger, paranoia, passive-aggressive, and antisocial personality disorders. Further, men are more likely to have co-occurring substance abuse disorder, which may make it more difficult to diagnose BPD.

Researchers have identified three areas that appear to contribute to BPD. Before you or a loved one begins treatment for BPD, it’s important to understand the leading causes –genetics, brain function, and environmental factors.

BPD runs in families. In fact, Borderline Personality Disorder is five times more common among those who have a relative with BPD. However, scientists have not yet identified a specific BPD gene.

Studies show that people with BPD have abnormalities in the part of the brain that regulates emotions, makes decisions, and controls impulses. In fact, some research suggests that as many as 60 percent of BPD diagnoses stem from damage in these areas of the brain.

Studies show that treatment for BPD can result in long-term remission from symptoms. Effective BPD treatment works to uncover and heal traumatic experiences, while also supporting patients to find new ways to regulate their emotions and moods.

In addition, due to the emotional dysregulation and lack of impulse control characteristic of BPD, Borderline Personality Disorder in young adults often results in substance abuse disorder, self-harming behaviors, and eating disorders. Hence, treatment for BPD includes treating these co-occurring disorders as an essential part of the young adult’s treatment plan. 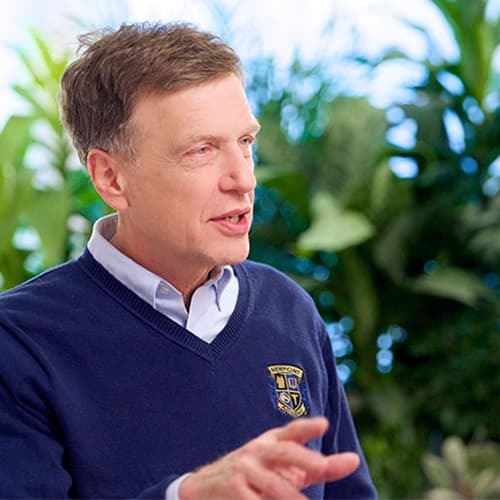 As one of the highest-quality BPD treatment centers, Newport Institute uses an integrated treatment model that combines evidence-based clinical modalities with experiential therapies and life-skills training. Whether a young adult chooses residential treatment for BPD, a partial hospitalization program, or intensive outpatient treatment, they’ll work with a team of experts versed in the latest approaches to BPD treatment.

A quiet mind will be an effective mind. At Newport Institute we are teaching this state of calmness of the mind outside of conflict and then walking our patients through to be able to reach that state of mind even in conflict.