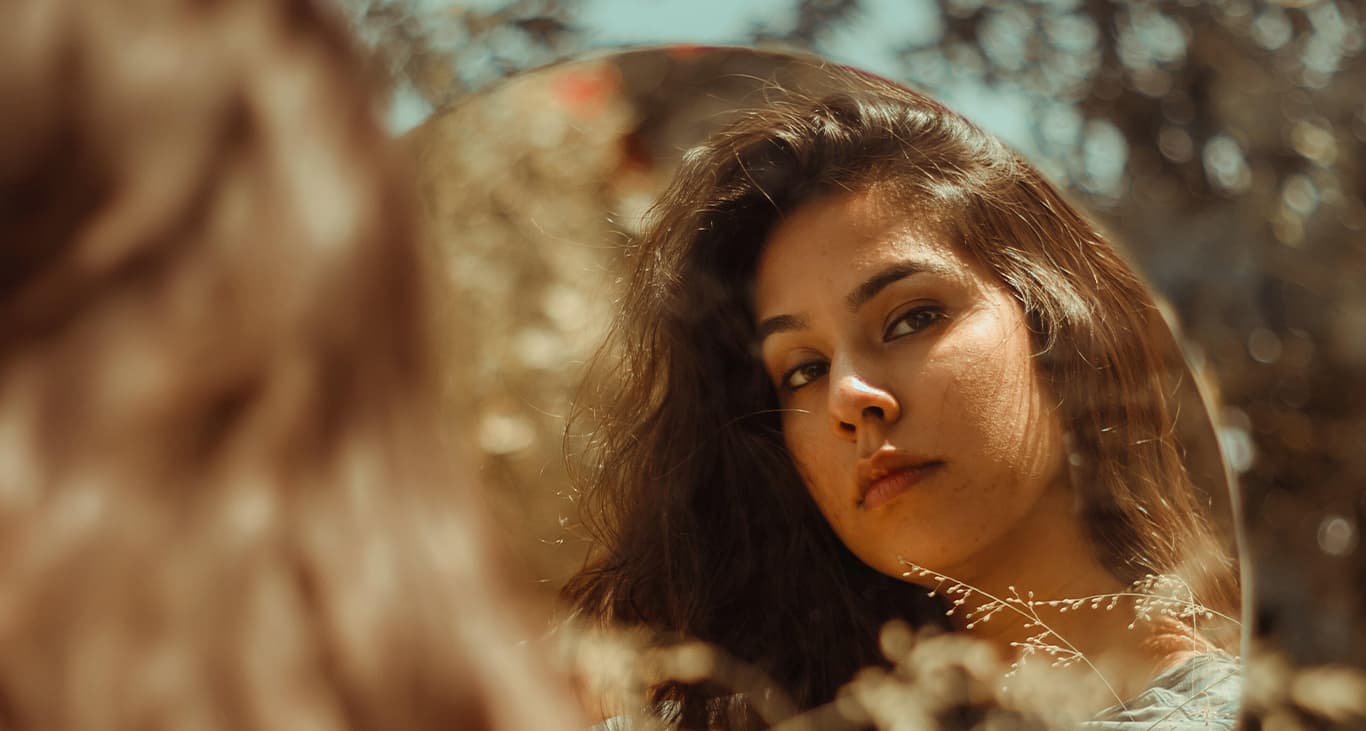 Is the Young Adult Brain Wired for Narcissism?

By the time we reach age 10, our brains have grown to their full size. But that doesn’t mean they’ve finished developing. The prefrontal cortex, which is responsible for weighing consequences vs. instant gratification, making thoughtful decisions, and managing emotions, doesn’t fully mature until the mid-20s, and possibly even later. Moreover, the prefrontal cortex, in conjunction with other brain regions, is associated with feelings like empathy and compassion, which catalyze our desire to help others.

So if young adults sometimes seem just as impulsive and self-centered as teenagers, and don’t feel ready to be an adult at 21, can they blame it on their brains? Yes and no. While they’re hardwired to focus on building their own identity and autonomy, young adults aren’t held hostage by their immature brains. Most of the time, they can make choices that support both healthy brain development and pro-social behaviors, even if they have to work a little harder to do so.

10 Essential Tasks of the Prefrontal Cortex

The prefrontal cortex, the area behind the forehead, is the very last part of the brain to mature. The tasks undertaken by this powerful brain region are known as executive functioning, and include:

Studies also show that the prefrontal cortex is one of the major brain regions involved in human prosocial behavior—actions intended to help others. Thus, as a general rule, older adults may find it easier to access these emotions and engage in these types of behaviors. That doesn’t mean that young adults don’t have intense feelings of compassion and caring—their involvement in activism is proof that they do. It’s just that young adult brains are occupied with so many other tasks that these emotions aren’t always prioritized or translated into action.

The prefrontal part (of the brain) is the part that allows you to control your impulses, come up with a long-range strategy, and answer the question ‘What am I going to do with my life?’ That weighing of the future keeps changing into the 20s and 30s.

Risk-Taking and Narcissism in Young Adults

The still-maturing brain of adolescents and young adults is wired to focus on risk-taking, pleasure, novel experiences, and what others think of them. But the lack of prefrontal cortex impulse control in young people may have an evolutionary purpose. Researchers theorize that teens’ and young adults’ tolerance for risk-taking supports them to dive into unknown situations and discover whether they are dangerous or rewarding.

While this fearlessness allows young adults to expand their experiences and push out of their comfort zones, it also increases their vulnerability to self-destructive risk-taking, such as unsafe sexual behavior, unsafe driving, and substance abuse. In addition, adolescents and young adults are more sensitive to peer pressure. That makes the likelihood of risk-taking higher if they’re in the presence of friends of the same age.

When does the brain fully develop? As young adults reach the second half of their 20s, “there’s better communication between parts of the brain that process emotions and social information—like what people think of you—and the parts that are important for planning ahead and balancing risk and reward,” says developmental psychologist Laurence Steinberg of Temple University, author of a study on the neuroscience of adolescent risk-taking.

Is narcissism a chemical imbalance? The answer isn’t so simple. Due to the complex interplay between brain development, neurotransmitters, mental health and narcissism, young people who are more narcissistic may also be at higher risk for certain psychological disorders.

Before it fully matures, the brain is more vulnerable to stress- and trauma-related disorders, such as anxiety and depression.

Trauma and the Narcissist Brain

Both nature and nurture influence young adult brain development. Hence, genetics plays a role along with events and circumstances during infancy, childhood, and adolescence. Frequent and intense periods of stress—including physical or emotional abuse, chronic neglect, caregiver substance abuse or mental illness, and exposure to violence—impair the development of neural connections in the brain.

As a result, childhood trauma impacts young adults on a neurobiological as well as an emotional level. Research has shown that trauma can obstruct emotional self-regulation and keep the amygdala (the part of the brain that’s linked to fear) in a state of activation. Individuals who suffer from trauma and PTSD are in a constant state of “fight or flight,” in which the stress response overrides the brain’s reasoning and decision-making capabilities. Consequently, this can lead to lifelong problems in learning, behavior, relationships, and physical and mental health.

Childhood trauma can also result in the type of narcissism known as vulnerable narcissism. With vulnerable narcissism, the individual attempts to draw from others the attention and caregiving they did not fully receive as children. However, they are unable to return this caring and empathy. So-called grandiose narcissism refers to what we typically think of as egotistical narcissist behavior—arrogance, boasting, and believing one is better than others.

Is Narcissism a Choice?

Some level of narcissistic behavior seems to be a given in young adults. The young adult brain is naturally self-absorbed—and young people’s high levels of social media use appear to be enhancing that tendency. In fact, some experts believe that social media is creating a narcissism epidemic.

However, a 2021 study conducted by New York University’s Department of Psychology and Center for Data Science posits that young adult narcissism is driven by insecurity rather than an inflated ego. The researchers surveyed close to 300 people—about 60 percent female and 40 percent male—with a median age of 20. They found that people who display high levels of grandiose narcissism, as expressed in so-called “flexing” (self-congratulation and self-aggrandizing), are actually trying to compensate for low self-worth.

Fortunately, the narcissist brain has the ability to evolve. Neuroplasticity refers to the brain’s ability to change in response to experience. Young adults can choose to prioritize a particular behavior or move on from a negative emotion rather than wallowing in it. When they do so, they’re actually shaping their own young adult brain development. They’re creating synapses (connections made by cells in the brain and nervous system) that support stronger functioning in certain areas.

Narcissists are insecure, and they cope with these insecurities by flexing. This makes others like them less in the long run, thus further aggravating their insecurities, which then leads to a vicious cycle of flexing behaviors.

Here are five ways young adults can build brain strength in the areas that support well-being and mutually supportive relationships with others. Some young people may need the assistance of parents, mentors, and/or life skills programs in order to establish these healthy habits and develop a toolkit for resilience, critical thinking, and caring for others.

Setting achievable goals and creating a step-by-step plan to reach those goals helps young adults develop impulse control and time management skills. Whether they’re writing a term paper or job hunting, having both short- and long-term goals and plans in place makes it easier to focus on moving forward while staying motivated and organized.

Mindfulness practices, such as meditation, conscious breathing, and yoga, work on a neurobiological level by activating the parasympathetic nervous system, also known as the relaxation response. At the same time, mindful practices help to calm a young adult’s busy mind, increasing clarity and focus. Meditation is also proven to enhance empathy, compassion, and pro-social behaviors.

In order to have compassion for others, we must first have compassion for ourselves. While it may seem counterintuitive, a foundation of self-compassion makes it easier for young adults to understand, accept, and connect with others, and to grow their awareness of others’ needs and desires. Extensive research conducted with young adults shows self-compassion is directly associated with increased social connectedness and decreased self-criticism, depression, and anxiety.

When young adults learn to recognize the triggers that set off impulsive behavior, unhealthy risk-taking, and narcissistic spirals, they’re better equipped to avoid these obstacles to well-being. Once they know what prompts unhelpful and unhealthy emotions and behaviors, the next step is building a set of positive coping mechanisms. This can include simple breathing practices, visualization, affirmations, and creative activities like journaling and making art or music.

Do things for others.

Research shows that helping others improves our mental health and happiness levels—it literally generates endorphins in the brain, producing what’s known as a “helper’s high.” Helping others informally or finding a volunteering opportunity that fits their interests can also increase a young adult’s sense of meaning and purpose and enhance their feeling of being part of a larger community.