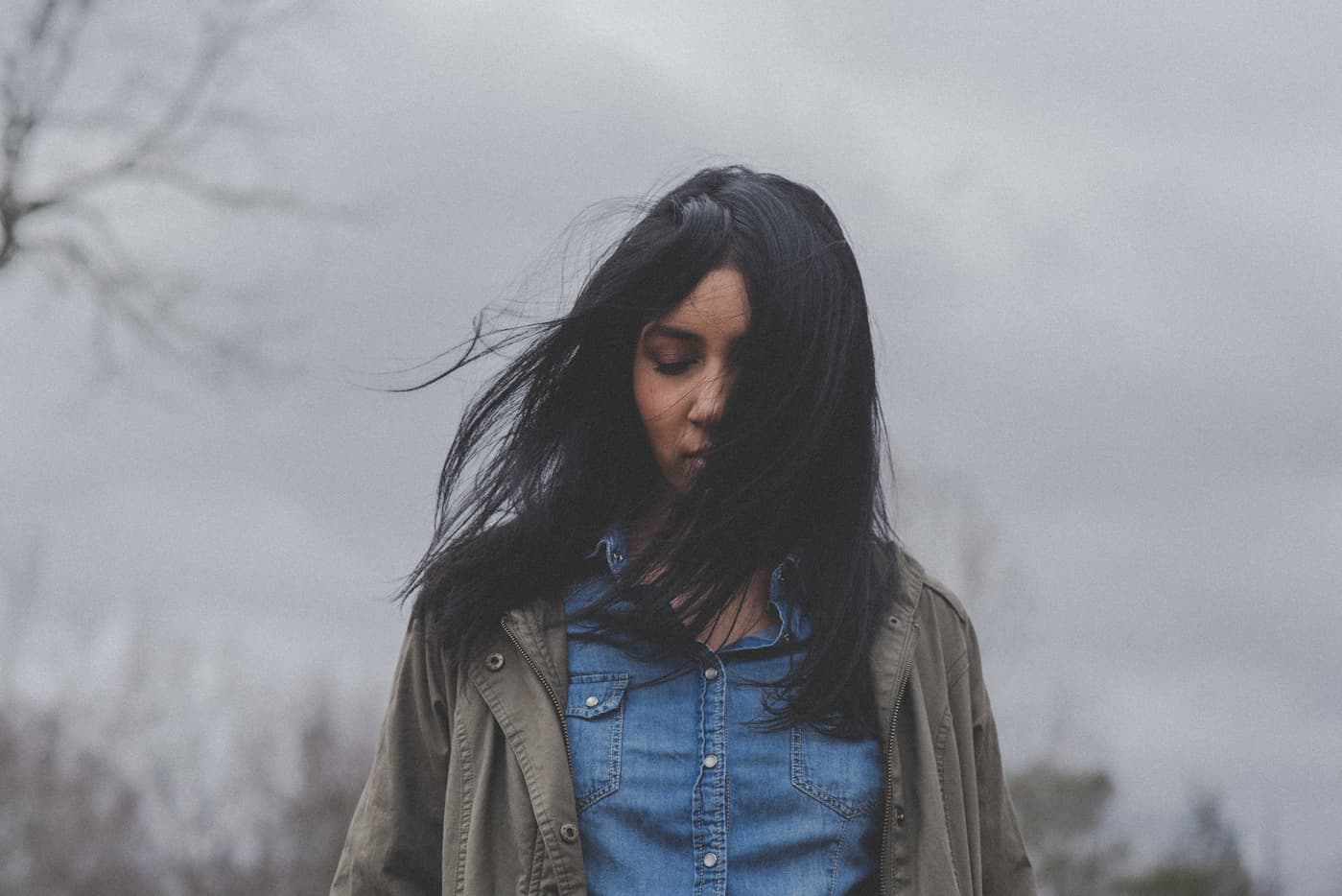 7 Signs of Languishing, and How Young Adults Can Move Toward Flourishing

Mental health isn’t simply “good” or “bad”—it’s a spectrum that encompasses a wide range of experiences and symptoms. On one end of that spectrum is depression, characterized by feelings of worthlessness and hopelessness. On the other end is flourishing: a sense of connection, purpose, and meaning. And in the middle is what’s known as languishing—when we’re neither depressed nor flourishing, but just getting by.

The mental and physical effects of COVID-19 have left a vast swath of the population in a state of languishing, experts say. A recent New York Times article by Adam Grant has created greater awareness around the concept, particularly in connection to the impact of the pandemic. Grant cites research showing that people who were languishing over the past year are three times as likely to develop PTSD. That’s a significant concern when it comes to young adult mental health, because this demographic is already experiencing more pronounced psychological repercussions than any other age group.

What Is Languishing and Why Are So Many Young Adults Feeling It?

As defined by researcher Corey Keyes in his 2002 study, languishing is “the absence of mental health.” What does that mean, exactly? Keyes described it like this: “a state in which an individual is devoid of positive emotion toward life, and is not functioning well either psychologically or socially, and has not been depressed during the past year. In short, languishers are neither mentally ill nor mentally healthy.”

Since spring of 2020, young adult mental health overall has declined drastically due to lack of autonomy, job loss, college closures, and decreased social interaction—causing high levels of depression and anxiety. But as more young adults get vaccinated and feel safer expanding their activities and interactions, they’re not necessarily bouncing back to flourishing.

For many young people, the fear, worry, grief, and isolation of the past months have been translated into feelings of restlessness, boredom, and dissatisfaction. Moreover, the stressors associated with re-entry, including social anxiety and lingering fears about the virus, appear to be contributing to the high rates of languishing.

How to Tell If You’re Languishing

Researchers measure languishing, depression, and flourishing mental health using industry-approved assessment tools. However, languishing isn’t always easy to recognize, because the signs aren’t as severe as symptoms of depression or other mental health disorders. In fact, young people who are languishing and at high risk for depression may not get the support they need until their symptoms become clinically significant.

The following emotions and states of mind are indicators that an individual may be in a state of languishing. Young adults and their family members may be able to recognize these signs in themselves or their loved ones.

These feelings often accompany depression as well. But the difference is in the acuity of the emotions—specifically, the level of distress associated with them. While someone who is depressed will often feel intense sadness and loss of hope, the symptoms of languishing aren’t extreme in any direction. Instead of strong emotions, languishing is characterized by that “meh” or “blah” feeling—neither great nor terrible. A person can languish while also being able to function in everyday life.

While languishing isn’t devastating, it creates a susceptibility to worse states of mental health. The PTSD study Adam Grant mentioned in his article focused on Italian healthcare workers. Researchers found that those who were languishing in spring 2020, at the onset of the pandemic, were three times more likely to receive a PTSD diagnosis than their peers who had moderate or flourishing mental health.

Keyes’ research showed similar depression risk levels for people who fit the criteria for languishing. Using data from a survey of US adults, Keyes determined that the risk of a major depressive episode was twice as likely for those who were languishing vs. those with moderate mental health. The risk was even greater when languishing individuals were compared with flourishing adults. Moreover, he found that a full 12 percent of the adults fit the criteria for languishing, vs. 14 percent with depression and 17 percent who were flourishing. The majority of people (57 percent) qualified as moderately mentally healthy.

It’s worth noting, however, that these percentages were derived from surveys done more than 20 years ago. During times of collective trauma and distress, such as we are experiencing now due to the mental and physical effects of COVID-19, many more people of all ages are either languishing or depressed.

The risk of major depression is six times greater for people who measure in the languishing range vs. people who are flourishing.

The Most Effective Tools for Flourishing

Positive psychologists and researchers have determined that certain habits and behaviors, practiced regularly over time, will reliably improve well-being and move us from languishing toward flourishing.

Mindfulness, whether practiced in the form of yoga, walks in nature, meditation, or conscious breathing exercises, has been shown to improve state of mind, mood, and life satisfaction. Mindfulness helps us bring our attention to the present moment rather than focusing on regrets from the past or fears about the future.

Flow—the experience of being completely immersed in an activity—enhances well-being by activating our skills, focus, and creativity. Making art, singing, rock climbing, surfing, or writing can bring us into a state of flow. Academic and workplace projects catalyze flow when we feel that our abilities are perfectly matched to the task we are undertaking.

Connection. Relationships provide the most consistent source of meaning for those who are languishing, as well as those who are flourishing.In a study of some 10,000 people in 78 countries early in the pandemic, one of the most important factors contributing to a more positive state of mind was social support. (That doesn’t typically include online connection, however: One study found that increased online socializing was associated with languishing.)

Small, daily achievements can help elevate languishing to flourishing mental health by cultivating feelings of meaning, accomplishment, and self-worth. Simply rearranging your room or cleaning out your closet can produce positive emotions and a sense of satisfaction.

Savoring our experiences—noticing moments of pleasure, awe, and connection—reinforces our tendency to notice the positive. The human brain has what’s known as a negativity bias; we are wired to perceive danger and threats in order to survive. So, we need to consciously work to retrain the mind to appreciate what’s good—and the more we do so, the easier it becomes to maintain that positive focus.

Changing your environment can be a reminder that there is joy and pleasure to be found in getting out into the world again. That might mean taking a day trip, visiting a friend across town, or going somewhere you’ve never been. Take it at your own pace and practice self-compassion, while remembering that pushing through a little bit of anxiety might be necessary in order to expand your comfort zone again.

Do good for others. Research shows that people with flourishing mental health are more focused on the well-being of others and their greater community, while those who languish are focused more on personal well-being. Self-care is certainly just as important, if not more important, than caring for others. However, since contributing to the greater good is proven to enhance our happiness levels, we can actually do both at once.

The absence of well-being creates conditions of vulnerability to possible future adversities and … the route to enduring recovery lies not exclusively in alleviating the negative, but also in engendering the positive.

Giovanni A. Fava, MD
CEO & Editor in Chief of Psychotherapy and Psychosomatics

Transforming Languishing Before It Becomes Depression

While languishing isn’t a mental health disorder, it increases the risk of depression. Therefore, if feelings of languishing are getting worse or just not getting better, it may be time to seek help from a clinical professional.

At Newport Institute, our clinical model not only heals trauma, depression, anxiety, and co-occurring disorders, it also enhances young adults’ well-being, motivation, self-worth, and sense of purpose and meaning. Contact us today to find out more about how our integrated treatment helps young people create flourishing in their lives and relationships—with peers, family, self, and community.