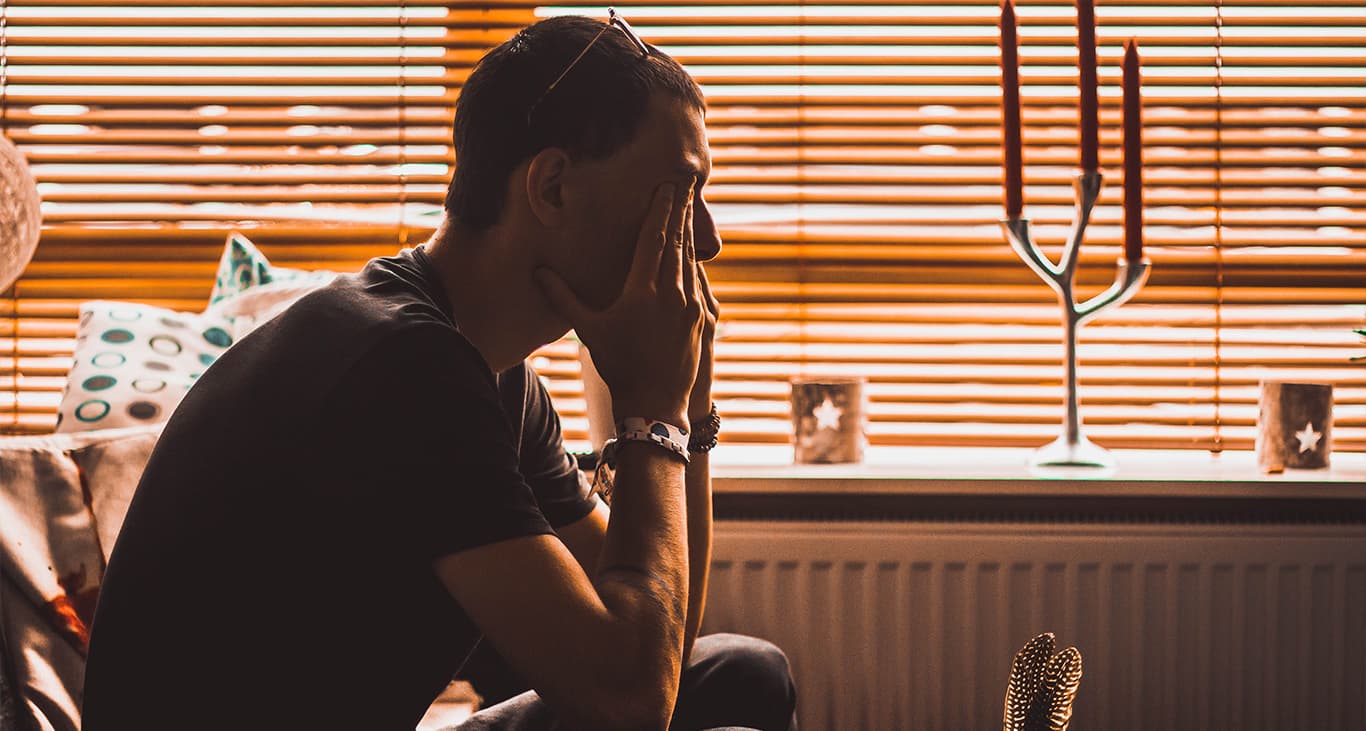 Men are less likely than women to be diagnosed with any of the most common mental health disorders, and those who have received a diagnosis are less likely to seek treatment. Yet nearly four times as many men as women die by suicide.

Why don’t men receive the diagnoses and care they need to heal from common male mental health disorders? Social norms around gender teach young men that they should be emotionally strong and avoid showing vulnerability. Therefore, men tend to downplay their mental health symptoms, don’t acknowledge what they’re going through, and are reluctant to seek help.

Men don’t tend to talk openly about their emotional struggles, such as feeling sad, worthless, or hopeless. Instead, male mental health conditions often manifest in symptoms such as:

As a result, mental health issues in young men often go undiagnosed or misdiagnosed, meaning far more men are suffering than the statistics reflect. Below are the five of the most common male mental health disorders.

Male depression is one of the biggest mental health issues in men. CDC statistics show that 5.5 percent of young adult males suffer from depression. That’s about half the number of women of the same age. But while male depression is diagnosed less often than in women, many young men have depression that is not identified by their doctor because their symptoms are less typical of major depressive disorder.

49% of men feel more depressed than they are willing to admit to the people around them, and 45% believe mental health issues can be solved on their own, according to a Today Show survey of 1,000 men.

While women are about twice as likely to struggle with general anxiety disorder and panic disorder, rates of social anxiety and OCD are roughly equal between men and women. Also, anxiety in men often leads to a higher likelihood of being diagnosed with substance use disorder and ADHD.

Find out more about anxiety disorders and treatment in young adults.

Data from the most recent Monitoring the Future survey of young adults shows that, in general, young men are more likely than women to abuse drugs, including marijuana, hallucinogens, and prescription painkillers. Plus, men are almost two times more likely to binge drink than women, and have consistently higher rates of alcohol-related deaths and hospitalizations. Because problematic drinking and other male substance abuse is seen as socially acceptable for young men, and even considered “masculine,” it’s less frequently recognized as a symptom of a male mental health condition.

These attitudes put young males at higher risk for substance abuse, including becoming dependent on multiple substances, according to a study conducted by Johns Hopkins University, the University of Minnesota, and the Bloomberg School of Public Health. Consequently, National Institute on Drug Abuse (NIDA) statistics show that substance use disorder is among the most common male mental health disorders, with more men in treatment than women.

PTSD is another of the most common mental health issues in men. Moreover, PTSD isn’t just something military veterans suffer from. Approximately 60 percent of men experience at least one trauma in their lives, typically related to accidents, physical assault, combat, or witnessing death or injury. According to the Substance Abuse and Mental Health Services Administration, more than two-thirds of adolescents have experienced a traumatic event, and those experiences can have long-term effects on young adult mental health.

In the weeks, months, and even years following an experience of trauma, young men can experience PTSD symptoms that interfere with their daily life and functioning. And while PTSD diagnoses are again more common in women than men, experts suspect that this may also be because of men’s conditioning to suffer in silence, or to disregard physical or behavioral issues that may be symptoms of PTSD or another common male mental health disorder.

Learn more about the symptoms and causes of PTSD in young adults.

Bipolar disorder, formerly known as manic depression, is characterized by extreme ups and downs in mood and activity levels. Bipolar disorder symptoms in males typically manifest between the ages of 15 and 24, and affects about 2.6 percent of the US population. While bipolar in young men isn’t as common as other male mental health conditions, the vast majority of bipolar disorder cases—83 percent—are classified as severe, according to the National Alliance for Mental Illness.

As with other common mental health disorders, bipolar disorder is underdiagnosed in young men. Many of the symptoms of bipolar in men can be written off as “normal” young male behavior. For example, overconfidence and reckless behavior are signs of the manic phase of bipolar, while irritability and social withdrawal are symptoms of the depressive phase. And research shows that men tend to experience less frequent cycling between the phases, making bipolar disorder in males harder to recognize.

Learn the symptoms of bipolar disorder in young adults.

In summary, young men are struggling, and they are not getting the care they need. Because men often don’t seek help on their own and because their symptoms show up in less obvious ways, male mental health issues are under diagnosed. That leaves men with common mental health disorders feeling isolated and alone—and ultimately puts them at high risk of suicide attempts.

At Newport Institute, we help young men heal by guiding them to uncover their true selves, address childhood trauma underlying depression and anxiety, and build authentic and trusting relationships with peers and mentors. Our gender-specific, individualized approach guides young men to better understand themselves and to create a toolkit of healthy coping strategies for dealing with stress and emotional pain.

As a result, young men learn how to navigate the inevitable challenges of life while staying honest, open, and connected with themselves and the people they love. Contact us today to get started on the path to healing.