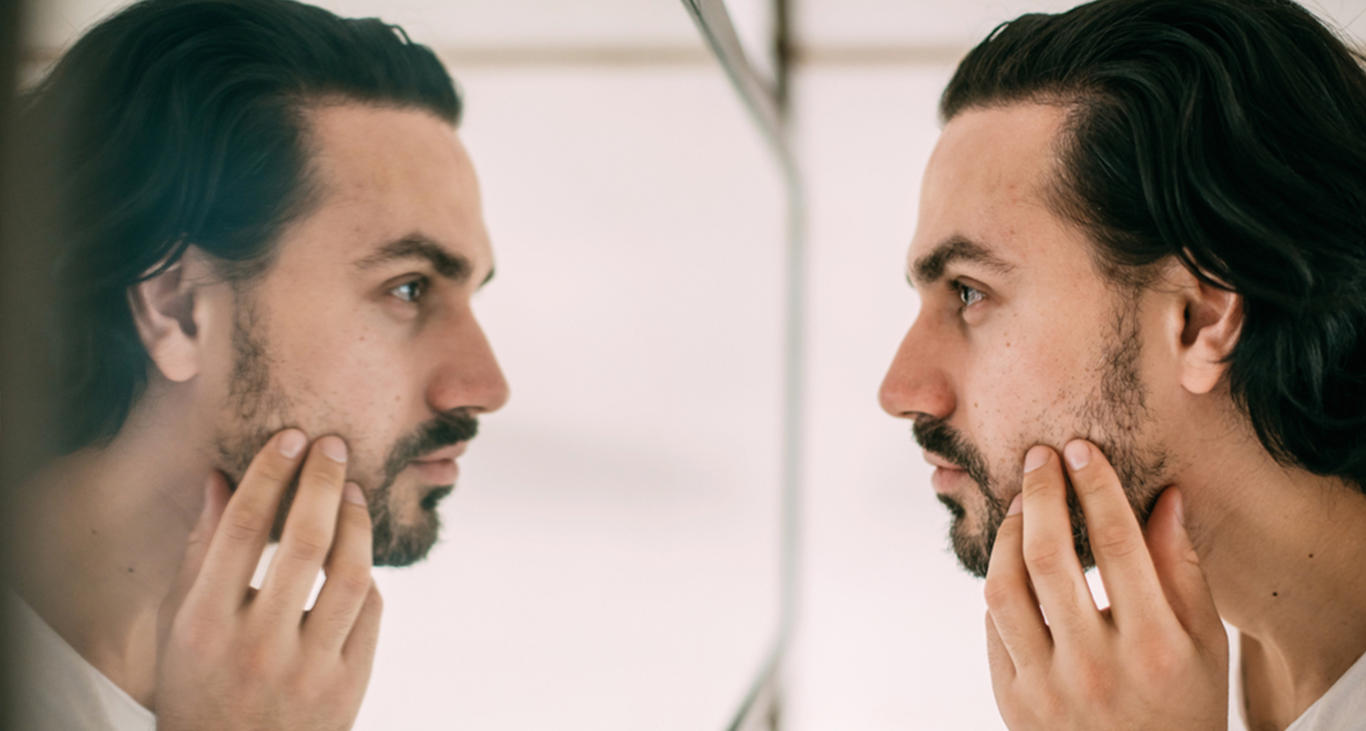 It’s not just young women who struggle with body image issues. In recent years, eating disorders and problems with excessive exercise have increased among men, along with what’s known as “muscle dysmorphia.” Exacerbated by the unrealistic expectations set by media and social media, male body image issues are especially prevalent among young adults.

Moreover, men are less likely than women to talk about or get help for these issues. While the body positivity movement among women has grown substantially over the last decade, male body positivity isn’t focused on nearly as much. Therefore, the stigma around male body image issues often prevents young men from speaking honestly about their experiences and seeking treatment for related mental health challenges.

The Link Between Male Body Image Issues and Mental Health

Male body image issues don’t occur in a vacuum. Mental health conditions and low self-esteem in men are often at the root of these unhealthy behaviors and co-occurring disorders. A meta-analysis of 23 studies, mostly involving young males at Western universities, found that male body image issues are significantly associated with anxiety and depression.

Because young people are particularly focused on their appearance, body dissatisfaction can lead to suicidal thoughts and behaviors, and contribute to other underlying mental health conditions. In addition, teen boys who experience bullying due to their appearance may continue to suffer from body dissatisfaction and related issues as they mature into young adults. Male body image issues can be a result of trauma connected with bullying, sexual trauma, or other childhood trauma.

Moreover, during the pandemic, isolation and lack of social and physical activity has led to a spike in disordered eating and negative body image issues in men. In a recent survey of 2,000 males in Britain, almost half of the respondents said that their body image issues had impacted their mental health. Furthermore, 58 percent said the pandemic had negatively affected how they feel about their body, and only a quarter said that they were happy with how they look.

A 2020 study led by social psychology professor Viren Swami dug deeper into the link between males affected by negative body image and mental health challenges during COVID. The research team found that pandemic-related anxiety and stress was associated with greater desire for muscularity, and anxiety was also associated with body dissatisfaction. They attributed these results to the stereotypical ideas that society continues to hold about how men should act in stressful situations. Specifically, being able to project strength and competence during a crisis are still associated in the collective imagination with body size and muscularity.

Our findings reflect the way in which stress and anxiety impact men's relationships with their bodies, particularly in terms of masculine body ideals. Given that masculinity typically emphasizes the value of toughness, self-reliance, and the pursuit of status, COVID-19-related stress and anxiety may be leading men to place greater value on the importance of being muscular.

The Latest Statistics on Eating Disorders in Males

Negative body image is one of the most frequent causes of eating disorders, and that’s true for men as well as women. However, because men are less likely to talk about these issues, it’s difficult for researchers to determine accurate rates of eating disorders in males. What is clear is that the numbers are higher than commonly believed. In fact, the National Association for Males with Eating Disorders estimates that men account for between 25 and 40 percent of those with eating disorders. One study found that about a quarter of young adult men reported disordered eating behaviors related to body dissatisfaction.

In general, males are more likely to struggle with binge eating disorder and Avoidant Restrictive Food Intake Disorder (ARFID) as opposed to anorexia. Experts say that about of quarter of people with anorexia are men, but they are at higher risk of death due to their reluctance to seek help. And other disordered eating behaviors, such as purging, fasting, and laxative abuse, are almost as common in men as in women, some researchers say.

25% of males with normal weight perceive themselves to be underweight, according to the National Eating Disorders Association.

While women with eating disorders and body image issues are typically focused on being thin, men tend to focus on gaining muscle. Research shows that 90 percent of teen boys exercise with the specific goal of “bulking up,” and this behavior often continues into young adulthood. Hence, researchers have coined the phrase “muscle dysmorphia,” also known as “reverse anorexia” or “bigorexia,” to describe male body image disorders that are focused around the obsessive desire to have a bigger, more muscular body.

Male body image disorders like muscle dysmorphia can lead not only to eating disorders in men but also to exercise addiction. The signs of exercise addiction include continuing to work out despite suffering injuries or illness; experiencing withdrawal symptoms, such as anxiety, when you are unable to exercise; and exercising secretly so others won’t realize the extent of your fixation on the behavior.

As with other male body image issues, exercise addiction is linked with poor mental health. A study of 895 graduate students found that males who were dissatisfied with their bodies and with their exercise performance were more likely to be depressed. It’s a vicious cycle of sorts: Underlying depression, anxiety, and low self-esteem in men catalyze problems related to body image, and negative body image also intensifies self-esteem and mental health issues.

Many experts attribute the increase in males affected by negative body image over the last decade to the influence of social media as well as popular media. The muscular superheroes in action movies and the highly documented body transformations and workout regimens of celebrities contribute to feelings of inferiority among young men with “average” bodies. While some actors, including Robert Pattinson and Sam Smith, have opened up about their body image issues and eating disorders, stars like Chris Pratt and Hugh Jackman have morphed from “regular guys” into superheroes by packing on muscle—convincing young men that they, too, can attain the “ideal” body if they try hard enough.

Social media provides constant exposure to these perceived ideals. In one study, male participants were shown either neutral images of men on Instagram or images of muscular men. The group that was shown images of men who represented the supposed ideal felt worse afterward about their weight and their bodies. The researchers also found that these negative comparisons focused not just on celebrities and models but also on relatives and friends.

Another, similar study confirmed these results, showing that men perceived themselves as weaker, less attractive, and in worse shape after viewing images of physically fit men. “It seems plausible that changes in body esteem and the internalization of media portrayals could contribute to problematic dieting, exercise, and steroid use in men,” the researchers concluded.

The vast majority of the focus around body image and eating disorders focuses on women. Consequently, young men often have a harder time accessing supportive communities or finding guidance tailored for their male body image issues. Here are a few tips that may help young men establish healthier attitudes and behaviors surrounding body image and exercise.

Hopefully, the male body positivity movement will begin to grow in momentum as awareness around the prevalence and severity of male body image issues increases.

Contact us today to learn more about Newport Institute’s approach to young adult treatment. Our clinical model of care addresses the root causes of co-occurring disorders like eating disorders and exercise addiction, guiding young people to find thriving and self-acceptance.