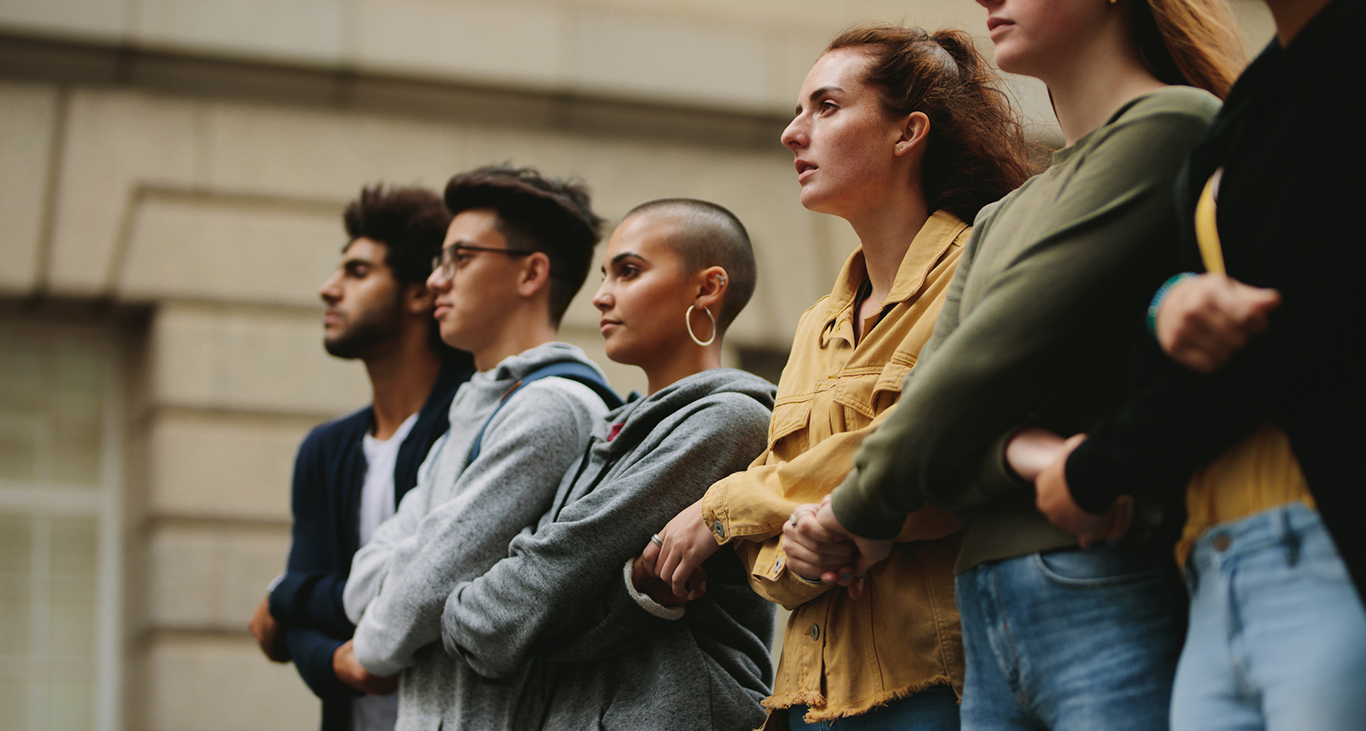 Human beings are wired for connection. Having strong communities in which members looked out for each kept our ancestors alive, and connection is still key to our well-being. We want to feel a sense of belonging within a group of people who share our values—whether that’s Cubs fans, a gaming community, or Swifties (Taylor Swift fans, if you haven’t heard).

Unfortunately, however, we are also wired to defend our own groups and demean and destroy other groups with different values. In the 21st century, that kind of behavior often plays out on social media, and has become known as toxic tribalism. It’s closely intertwined with cancel culture psychology, which drives people to band together to write off others who appear to threaten what they care about. For example, after Taylor Swift released the album “Red,” which shares details of her breakups with her exes, two of the pop star’s former boyfriends, John Mayer and Jake Gyllenhaal, got cancelled and received death threats from Swifties. The video gaming world is also known for its toxic tribalism, with gamers attacking each other over which games and consoles they prefer.

Cancelling an individual, group, or organization refers to boycotting and publicly shaming them in response to a perceived or actual transgression, most often involving political viewpoints or social justice issues. When a cancellation goes viral on social media and becomes a collective public action, it’s known as cancel culture, or social cancelling. Cancel culture and social media go hand in hand: Cancel culture wouldn’t have gained nearly as much momentum over the past decade without the ability to block, unfollow, and/or verbally target victims of cancel culture on social media platforms.

Sometimes social cancelling or the slightly gentler “call-out culture” can bring awareness to a problem and help jump-start forward movement. In 2016, the film community banded together to call out the Oscars, using the hashtag #OscarsSoWhite, in response to the lack of diversity among award nominees. In this case, cancel culture psychology prompted some degree of positive change: In 2021, the Oscars set a record for the most people of color nominated in the event’s history.

Is Cancel Culture Good or Bad?

That depends who you’re asking. According to cancel culture statistics collected by the Pew Research Center, 58 percent of Americans believe that calling someone out on social media is a way to hold them accountable for their actions. But 38 percent believe it punishes people who don’t deserve it. When the victims of cancel culture are individuals rather than organizations or companies, the consequences can be extremely harmful.

Moreover, many Americans are concerned that cancel culture is suppressing free speech. In a national poll commissioned by Times Opinion and Siena College, 84 percent of adults said it is a “very serious” or “somewhat serious” problem that some Americans do not speak freely in everyday situations. And 61 percent of young adults said that they hadn’t spoken up on at least one occasion over the past year because they were afraid of being cancelled or experiencing another form of retaliation. In addition, about a third of young adults admitted that they had retaliated against or harshly criticized another person because of something that person said.

The Emotional Aspect of Toxic Tribalism and Cancel Culture Psychology

Feeling strong negative emotions, such as outrage, disgust, and fear, is a key aspect of cancel culture psychology. These emotions motivate cancelers and social groups to not just reject someone or something, but also to punish them, through actions ranging from removing financial support of a company to getting an individual fired or ruining their reputation. Cancel culture psychology gives people tacit permission to bypass empathy and forgiveness in favor of righteous anger.

Theories around the psychology of individual and group identity formation also come into play in cancel culture. Particularly for young people, affiliating oneself with a particular group is part of defining who you are. But in adopting the beliefs and norms of a specific group, individuals can fall into angry, bigoted attitudes. That’s why cancel culture is toxic when practiced through the lens of collective consciousness—an “us vs. them” mentality.

The links between cancel culture and mental health extend to relationships, self-esteem, social responsibility, and identity formation. In terms of self-expression, it’s important for young people to learn how to be respectful to others. And it’s also vital for them be able to speak up against racist, sexist, or other unacceptable behaviors, whether they’re addressing their peers or celebrities.

But cancellation is more than a teaching moment; it’s a harsh punishment and public shaming. And it’s especially damaging for the mental health of young people who are cancelled, because connection outside the family is essential for this age group. Young adult victims of cancel culture, or those who experienced social cancellation as teens, may struggle for years to trust themselves, to trust others, and to feel a sense of belonging in a peer group.

The harmful effects of cancel culture also extend to the cancelers and the bystanders. Young people who cancel others may do so because they have strong moral convictions, and that’s a good thing. But rather than learning to have constructive conversations about topics they disagree on, cancelers simply shut out individuals they deem wrong and anyone who supports them. As for those on the sidelines, they often suffer from anxiety and fear that they will be next, and/or guilt about not standing up for someone who was harshly cancelled.

5 Ways to Opt Out of Cancel Culture and Toxic Tribalism

How can young adults continue to be true to themselves and speak out against injustice, while avoiding the negative aspects of cancel culture psychology? Here are five ways to enhance mental health without participating in toxic tribalism.

At Newport Institute, young adults create strong, trusting relationships with peers and discover that they are not alone in their experiences. They can discuss topics like cancel culture and mental health in a caring and compassionate environment, with the support of clinicians who specialize in treating this age group and understand the complicated challenges that today’s young adults face.

Contact our Admissions team to find out more about our specialized approach to young adult treatment and our nationwide locations.