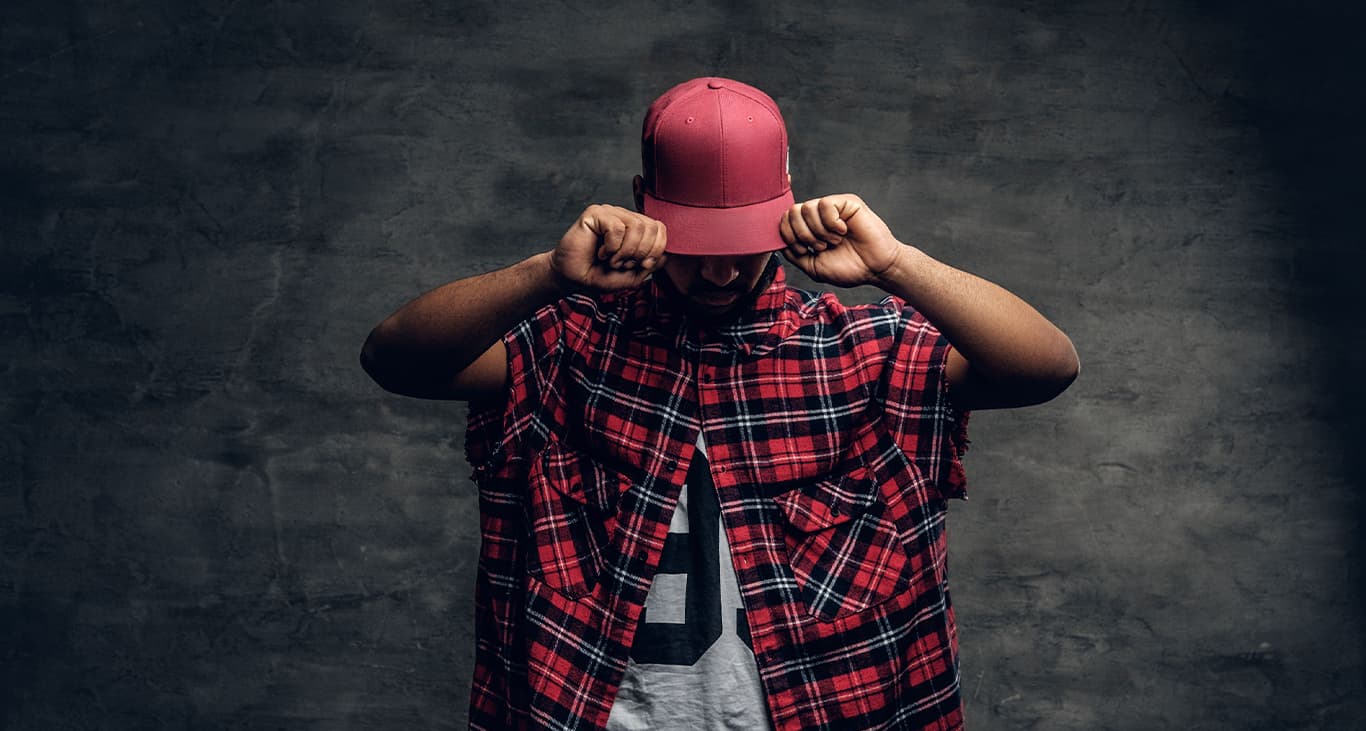 When we think about hip hop artists, we don’t usually think about anxious or depressed rappers. Rap artists have a reputation as being tough and invulnerable. But some rap stars are changing that perception—and helping to reduce stigma—by writing rap songs about mental health.

In fact, a recent study found that the number of rap songs about mental illness has more than doubled over the past 20 years. During that same time period, depression, anxiety, and suicide rates have risen to historic highs among young people, rap’s biggest audience.

Because of their outsize influence on this age group, rap celebrities may have the power to shift societal attitudes around mental health and encourage more open discussion of mental health issues.

Some of the genre’s most popular rappers have performed emotional hip hop songs and rap songs about mental illness that speak directly to their own experience. Kanye West, one of the most prominent artists to write rap lyrics about mental illness, rapped about his personal struggles and bipolar disorder diagnosis in the albums “Ye” and “808s & Heartbreak.” On his album 4:44, Jay-Z references his therapist and talks about relapsing. Stormzy raps about his depression in the song “Lay Me Bare”:

Airplane mode on my phone sometimes

Sitting in my house with tears in my face

Can’t answer the door to my bro sometimes.

Kid Cudi, Kendrick Lamar, Eminem, and Lil Wayne are also among the many artists who have performed rap songs about mental health. And the rapper Logic’s biggest hit was called “1-800-273-8255”—the number of the National Suicide Prevention Lifeline.

For the new study, published in December 2020 in JAMA Pediatrics, researchers from the University of North Carolina at Chapel Hill looked at 125 of Billboard’s top-ranked rap songs between 1998 and 2018. As a result, they found that the proportion of rap lyrics about mental illness has significantly increased—from 32 percent in 1998 to 68 percent in 2018.

The researchers’ findings included the following:

Moreover, many of the songs talked about common stressors in everyday life, like living conditions, relationships, and other life circumstances.

Rap fans are primarily teens and young adults: Global data shows that 16- to 24-year-olds are four times more likely than any other demographic to cite hip hop/rap as their favorite music genre. Consequently, rappers—like other celebrities—have an enormous influence on teen and young adult behavior. And that can have both positive and negative impacts.

As the researchers pointed out, rap songs about mental heath that talk about getting support and treatment can help raise awareness and encourage young people to seek help. But references to harmful and destructive behavior, particularly suicidal thoughts and suicide attempts—such as the Notorious B.I.G’s “Suicidal Thoughts,” which ends with a gunshot—may make listeners feel worse and even incite copycat suicidal behavior, a phenomenon known as the Werther Effect.

Another relevant aspect of the study is the fact that 78 percent of the artists who wrote rap songs about mental health over the last decade were Black men, with an average age of 28. That’s significant, the researchers noted, because these rappers serve as role models for Black youth, a group that is at high risk of suicide. Between 2001 and 2017, the suicide rate for Black adolescents saw extremely troubling increases—rising by 60 percent among males and 182 percent for females.

Rap artists are among the most recognizable celebrities in the US, serving as role models to an increasingly diverse audience of listeners. Through their lyrics, these artists have the potential to shape mental health discourse and reduce stigma.

Music and mental health have been closely linked for centuries. Music therapy became more formally recognized in the 20th century when community musicians went to veterans’ hospitals following the World Wars, to play for military veterans suffering from PTSD. Research shows the benefits of music therapy not only for trauma but also for depression, anxiety, and schizophrenia.

In terms of how music affects mental health, listening to, singing, or writing emotional songs can help clients process difficult emotions, release trauma, and feel more connected to self. In addition, the psychological effects of music on the brain can be healing: The rhythm, repetitive quality of music engages the neocortex, activating the nervous system’s relaxation response and reducing anxiety and impulsivity. At Newport Institute, music therapy is one of a variety of experiential therapies that are incorporated into each young adult’s treatment plan along with evidence-based clinical modalities.

It’s true that rap songs about mental health aren’t typically calming or relaxing. However, they can ultimately support young adult well-being by validating their experiences and letting them know they are not alone. Most important, these emotional hip hop songs can help assure young people that there is no shame in struggling, or in asking for help. As the rapper DMX puts it in his song “Slippin’”: “To live is to suffer. But to survive … Well, that’s to find meaning in the suffering.”