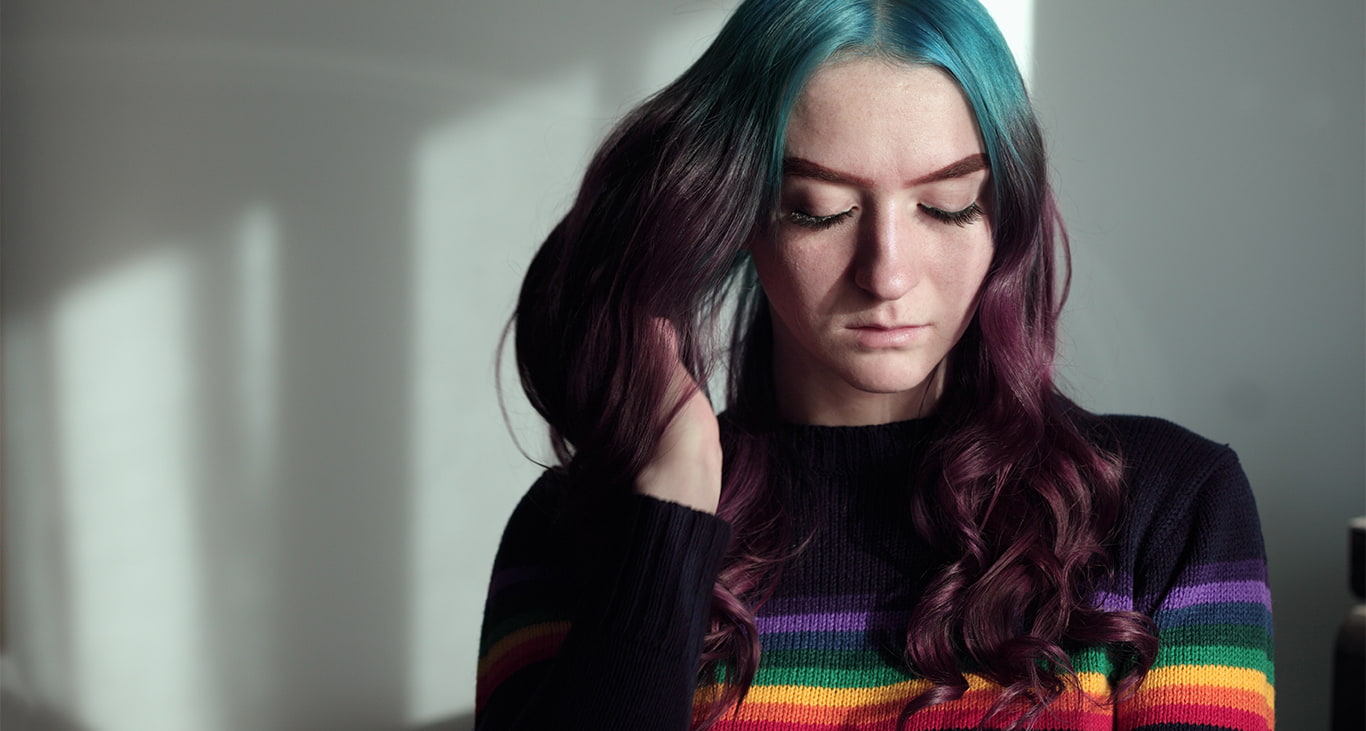 Young adults have been hit harder than any other age group by the psychological, political, economic, and social repercussions of the last two years. And within this demographic, young people who identify as LGBTQ have been even more drastically impacted. A new Trevor Project survey on LGBTQ youth mental health found that 69 percent of LGBTQ young adults are experiencing symptoms of anxiety, and 53 percent are suffering from depression. For transgender and nonbinary young adults, LGBTQ depression rates are even higher.

These troubling statistics illuminate the struggles LGBTQ young adults face and the pressing need for social change to support these demographics. This includes those with intersectional identities that encompass more than one marginalized identity or group. These include Asian American/Pacific Islander, Black, Indigenous, Latinx, and multiracial LGBTQ youth. LGBTQ young adults need tools for resilience and well-being more than ever before.

82 percent of LGBTQ youth wanted mental healthcare during the past year, but 60 percent were unable to access any services.

The Trevor Project’s 2022 survey of more than 34,000 young people provides a window into LGBTQ youth mental health and LGBTQ youth suicide rates. Here is a sampling of the findings:

It’s important to understand that a young adult’s sexuality and mental health are not directly related. LGBTQ youth mental health suffers not because of their sexual orientation or gender identity in itself. Rather, they face higher risk due to being mistreated and stigmatized in society, as well as by family. Between 20 and 45 percent of the homeless youth in the United States identify as LGBTQ, and most have left home or been kicked out due to family rejection.

Not surprisingly, these LGBTQ youth mental health statistics are reflected in rates of substance abuse among LGBTQ young adults. Studies show that this demographic, particularly women, are at greater risk for alcohol and substance use disorders, due to the intensified stressors they face.

Recent research using data from the CDC and the Substance Abuse and Mental Health Services Administration (SAMHSA) shows that rates of alcohol use among LGBTQ young adults (ages 18–25) are 18 percent higher than their peers. Rates of marijuana use are 59 percent higher. Moreover, lifetime usage of harder drugs—including cocaine, meth, ecstasy, and heroin—is two to three times higher among LGBTQ young adults.

Social and political discord in the United States contributes to LGBTQ mental health struggles. In some states, legislation is limiting LGBTQ rights and raising concerns about the future. For example, 93 percent of transgender and nonbinary youth say they are worried about trans people being denied access to gender-affirming medical care due to state or local laws. The vast majority of trans youth are also concerned about being denied access to bathrooms and the ability to play school sports.

Moreover, the issues LGBTQ youth face have intensified during the pandemic. According to a survey of LGBTQ graduate and undergraduate students around the country, 30 percent heard their family make negative comments about LGBTQ people more often. In addition, 36 percent were more cautious about their actions around heterosexual people. Close to half were more likely to hide their identity from other people. And a third of transgender and nonbinary students reported experiencing more frequent disrespect of their gender identities.

Ultimately, despite the challenges they face, developing and drawing on these resources can help LGBTQ young adults fully embrace who they are and find a path forward to flourishing.