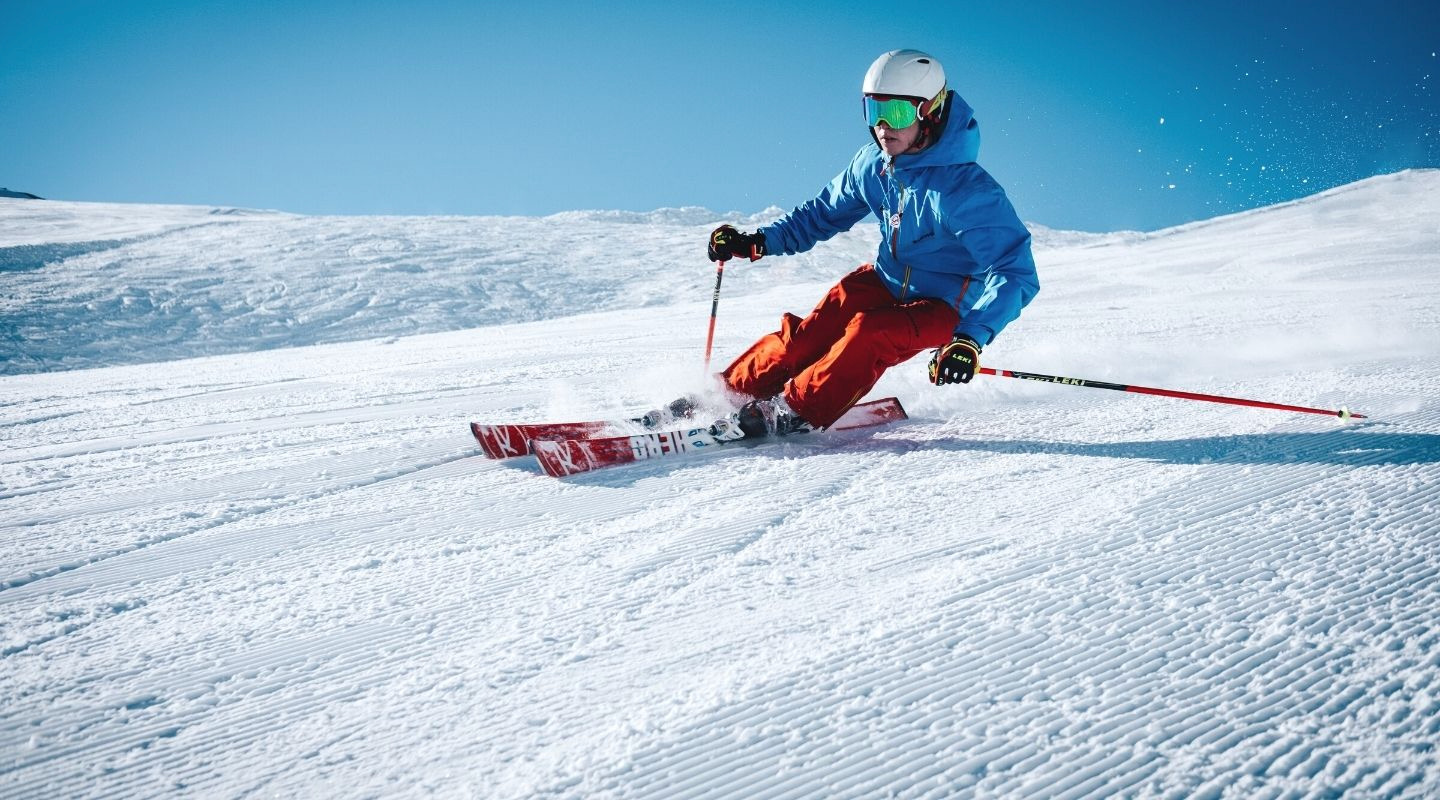 Olympic athletes sometimes seem almost superhuman. Despite immense pressure and the millions of eyes upon them, they remain focused, calm, and collected as they push their bodies to achieve at the highest levels imaginable. In order to become the best at what they do, they’ve had to build both physical and mental resilience through sports.

But this incredible focus sometimes comes at the expense of their well-being. Over the past year, a growing number of elite athletes have spoken openly about the negative mental health effects of competition, unrealistic performance expectations, and constant media scrutiny.

While most of us will never be world-class athletes, we can still relate. If you’ve ever felt pressured to achieve, whether in sports or academically, and believed that your self-worth and identity rested on that achievement, you’re experiencing the same stressors that these young people face.

Athletes Speak Up About the Need for Mental Resilience in Sports

The conversation about mental health and mental resilience in sports entered the public consciousness in a big way during the summer of 2021. First the tennis player Naomi Osaka withdrew from the French Open in June after she was fined for opting out of a mandatory press conference, an event that she said causes her intense anxiety. Then gymnast Simone Biles dropped out of the women’s gymnastics final at the Tokyo Olympic Games, sharing that the pressure she was feeling was so intense that she was afraid she would be injured. Many other elite athletes joined the conversation, speaking out about their own mental health struggles.

In response, Olympic officials have instituted new mental health services for the Winter Games in Beijing in February 2022. Sports psychologists will be available in the Olympic Villages and at the venues, according to US Olympic & Paralympic Committee (USOPC) senior sport psychologist Alex Cohen. Athletes will have access to free counseling, group therapy, and mental health hotlines.

Moreover, Jessica Bartley, the USOPC director of mental health, emphasizes that the athletes don’t have to be in crisis to use the services. They can simply be having a hard day and feeling the pressure more acutely than usual. As snowboarder Chloe Kim puts it, “Some days I just can’t do it, I can’t figure it out.”

People don’t get that we have anxiety, that we break down. They just think we’re perfect.

Elite Athletes and the Mind-Body Connection in Young Adulthood

Building resilience through sports isn’t just about physical training; mental stamina is equally and perhaps more important for success. The prefrontal cortex, the part of the brain that exerts the mental control involved in athletics, such as goal-directed behavior, reasoning, problem solving, and planning, isn’t fully mature until the mid-20s (the average age of most Olympians). But research shows that building resilience through sports promotes the development of these executive functioning skills.

However, the prefrontal cortex also controls emotion regulation. So while young adults are in their physical prime, they may not have the emotional ability to handle the demands of training and the pressure of competition, let alone the inevitable failures that come with the territory. Elite athletes learn to control frustration and anxiety while competing, because the physical effects of these emotions—such as muscle tension and difficult breathing—interfere with performance. But if they don’t have ways to release those suppressed emotions after competing, and to process both wins and losses, the stress keeps building up.

Moreover, the intense physical activity at the elite level, and the high rates of injury and burnout, can lower well-being and negatively impact mental health in athletes. In addition, young adulthood—the peak competitive years for elite athletes—is also the time when individuals are at the highest risk of experiencing mental heath disorders. For college athletes, the pressures of competition are one more stressor added to the challenges of academics, relationships, and adjusting to life away from home.

A professional sports career can include more than 640 stressors that may induce common health mental disorders.

The Mental Health Pros of High-Level Training and Performance

What is the mental health impact of maintaining a single-minded focus on one skill or talent throughout the adolescent and young adult years? Whether a young person is zeroed in on athletics, chess (think Queen’s Gambit), playing a musical instrument, or getting a 4.0, there are both upsides and downsides from a psychological perspective.

The pros are plentiful: Young people gain self-mastery and empowerment, and (hopefully) derive enjoyment and pleasure from doing something they love, and doing it well. They build positive connections with teammates, band members, coaches, and study partners.

In addition, just as athlete resilience is strengthened by the structure and clear goals provided by sports, so too is the resilience of high-level performers in academics, musical or theatrical performance, or other disciplines. In a time of life when there are often more questions than answers, having a clearly laid-out path can give young adults a built-in sense of meaning and direction.

But There’s a Downside…

Alongside these beneficial impacts of building resilience through sports, however, are numerous psychological stressors. Swimmer Simone Manuel, skier Lindsey Vonn, and former champion Michael Phelps are among the Olympians who have spoken out about their personal struggles with depression, anxiety, and traumatic stress.

Here are some of the reasons why mental resilience in sports starts and other high-achieving young adults can suffer.

Furthermore, athlete resilience is often challenged by eventually being forced to step away from one’s area of specialization, due to age, injury, or declining ability. Even leaving voluntarily may be devastating. A survey of former NCAA student athletes found that 44 percent of them were struggling to find purpose after leaving sports behind. When the identity they’ve cultivated for a decade or more is stripped away, these young people are often left flailing—increasing the risk of depression, anxiety disorders, substance abuse, and other maladaptive coping strategies.

I feel like I’m failing in everything that I do.

Michael Phelps,
the most successful Olympian of all time, recounting his emotions after retirement

Anyone who struggles with the pressure to achieve and succeed, at the expense of other essential areas of life, can benefit from the wisdom of elite athletes who have recovered from mental health challenges.

Create balance. Simone Biles says she takes every Sunday off to relax with her family and her boyfriend. Swimmer Simone Manuel had to take time off and create a more balanced routine after being diagnosed with overtraining syndrome, which catalyzes mental health symptoms like depression and lack of motivation as well as physical issues.

Prioritize well-being over performance. Naomi Osaka’s difficult decisions to withdraw from one major tennis tournament and skip another were bold and brave choices to value her own mental health over achievement and other’s (and even her own) expectations. She has been advocating for the sport to give athletes days off from press commitments in order to support their self-care and mental health.

Let go of striving for perfection. Gymnast Sam Mikulak says that after the 2020 Olympics were postponed due to COVID, he had to surrender to the realities of having his training disrupted and the Games pushed off another year. “I’ve had to like change my whole circuit … of just how to find appreciation in the imperfect,” he said recently. “And those are the types of things that have really made me a lot happier now.

Don’t be ashamed to seek treatment. Following a DUI arrest and the subsequent media frenzy, Phelps found himself contemplating suicide. He eventually sought help and spent 45 days in treatment for depression, after which he was able to return to the 2016 Olympic Games more physically and mentally healthy. Biles also overcome mental health stigma and began seeing a therapist to process her emotions, including the trauma of surviving sexual abuse by former USA Gymnastics team doctor Larry Nassar.

Everyone should have a therapist. It should be like having a dentist, or going to a pediatrician. We should all take mental health seriously and do our best every day to make sure we're taking care of it.

At Newport Institute, our expert clinicians guide emerging adults toward building mental resilience, executive functioning, and social skills that help them navigate a world in which, too often, achievement is valued over well-being. Our approach addresses the underlying causes of depression, anxiety, and maladaptive behaviors, by healing the trauma that can catalyze perfectionism and self-judgment. Contact us today to learn more.