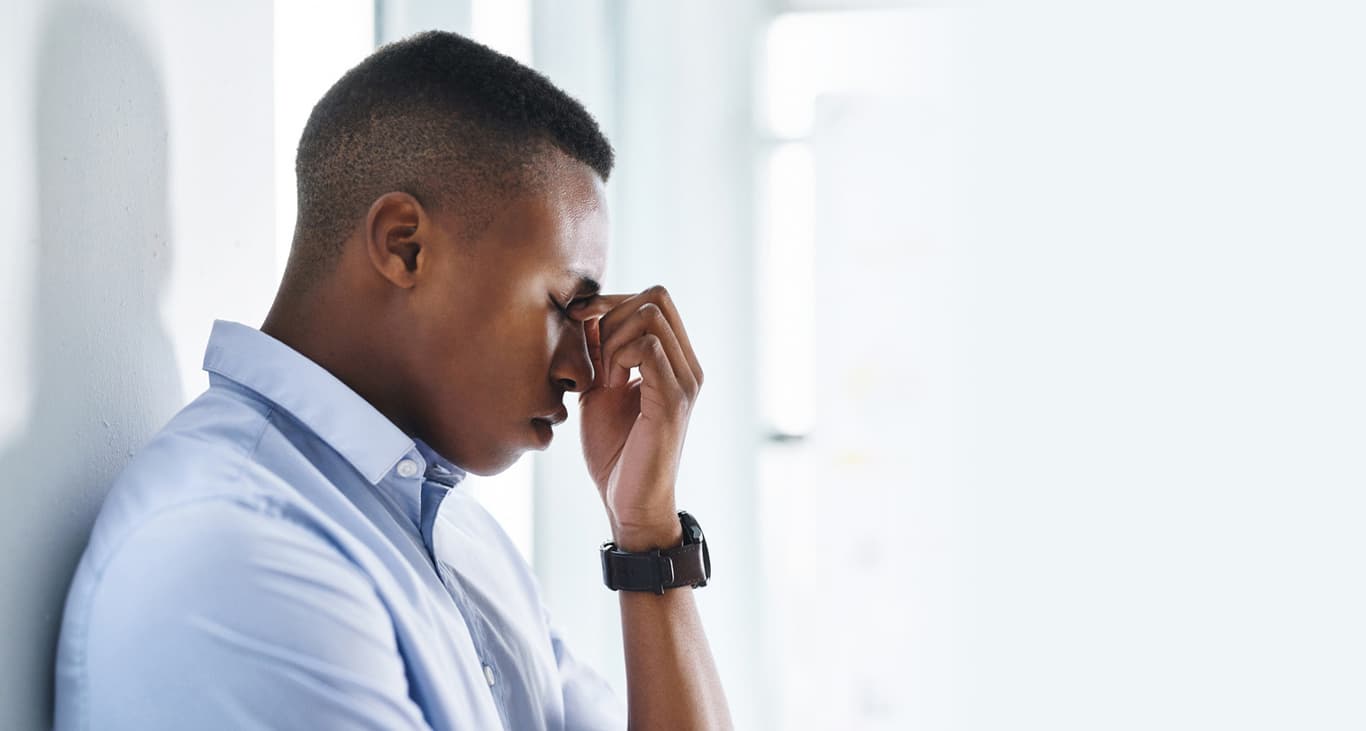 How to Tell If Someone Is Gaslighting You

With more young people talking openly about mental health, gaslighting has become an increasingly common topic among this age group over the last few years. Gaslighting and other forms of emotional abuse have also shown up in popular media recently—for example, in the Netflix series Maid, the novel and movie The Girl on the Train, and the reality TV show The Bachelorette.

Overall, that’s a good thing, because greater awareness around this form of emotional abuse can help people avoid threatening and unhealthy relationships. But before you accuse someone of this behavior, it’s important to understand what gaslighting really means and how to look for the signs of gaslighting in a relationship.

Let’s take a closer look at the definition and origin of the word gaslighting, the mental health impact of this behavior, and how to tell if someone is gaslighting you.

What Is Gaslighting Abuse?

Gaslighting is a form of psychological manipulation in which the abuser attempts to sow self-doubt and confusion in their victim’s mind. Typically, gaslighters are seeking to gain power and control over the other person, by distorting reality and forcing them to question their own judgment and intuition.

The term “gaslighting” comes from the 1938 play Angel Street, which Alfred Hitchock later adapted into the film Gaslight, in which a man tries to convince his wife that she is going insane so he can steal from her. When he turns on the lights in the attic to search for her jewelry collection, and the gas lights dim downstairs, he tells her it’s all in her imagination. Gradually she begins to question her own memories and perceptions.

Gaslighting typically takes place in abusive relationships like this, and is closely associated with other types of emotional and physical abuse. While gaslighting is most common in romantic relationships, it can also occur within family or workplace relationships.

10 Signs of Gaslighting in a Relationship

If you’re wondering how to tell if someone is gaslighting you, consider whether someone has exhibited any of the following behaviors within your romantic, family, or work relationships:

Any of these signs of gaslighting in a relationship are cause for concern and indicate that the connection is unhealthy and may be causing severe mental health repercussions for the person being gaslit.

74% of female victims of domestic violence also experienced gaslighting from their partner or ex-partner, according to the National Domestic Violence Hotline.

What Is Gaslighting Abuse at Work and in Society?

It’s also important to recognize gaslighting abuse symptoms in the workplace and other contexts outside romantic relationships. Blame shifting in relationships and other gaslighting behaviors can take place between colleagues or between a supervisor and employee. Typically the perpetrator acts in a way that causes the other person to question their take on the situation, undermining their confidence and belief in themselves. Someone might use gaslighting as a tactic to avoid owning up to a mistake at work, or to unfairly take credit for a task well done.

Another type of workplace gaslighting is known as “whistle-blower gaslighting.” This describes a situation in which an employee who reports misconduct at work, such as a toxic environment or sexual harassment, is made to feel that they are overreacting, remembering wrong, or misinterpreting.

Gaslighting can also be perpetrated against marginalized or disempowered groups in the workplace. A gaslighter might try to dismiss or deny their colleagues’ experiences or identities. One study involving women of color in the field of academic science found that all participants had had negative workplace experiences, including gaslighting. Women in general are often subject to gaslighting, particularly when reporting gender-based violence, according to a study published in the American Sociological Review. “Gaslighting could not exist without inequities in the distribution of social, political, and economic power,” writes Harvard researcher Paige L. Sweet.

The Impact of Gaslighting Abuse on Mental Health

Being consistently told that you are wrong, confused, or even “crazy” can have devastating effects on mental health. Along with questioning their own reality and beliefs, gaslighting victims often feel isolated and powerless. Gaslighting abuse symptoms also include low self-esteem, disorientation, self-doubt, and difficulty functioning in school, at work, or in social situations.

As a result, people who experience gaslighting are at a high risk for anxiety, depression, and suicidal thoughts. Young adults who suffered from these conditions prior to the abuse may be more vulnerable to gaslighting, which in turn makes their mental health issues worse.

Moreover, even after leaving an abusive relationship, people who have been gaslit often struggle with PTSD and have difficulty both trusting others and trusting themselves. Hence, they may engage in codependent relationships and have trouble building authentic connections. Because gaslighters usually don’t apologize or admit wrongdoing, it’s harder for their victims to move on from the experience.

Gaslighting may not be the only factor leading to mental illness, but the same factors that leave a person vulnerable to gaslighting may result in lower self-esteem, uncertainty about their own reality, anxiety, and ultimately depression. Over time, you begin to believe that there is something wrong with you because one of the most important people in your life is telling you this.

Robin Stern
PhD, author of The Gaslight Effect: How to Spot and Survive the Hidden Manipulation Others Use to Control Your Life

The most damaging gaslighting abuse symptoms are the ones that take root in a victim’s mind and begin to wear away at their self-worth and trust in themselves. Here are some of the mental health consequences of being gaslit.

In addition, perpetrators of gaslighting typically suffer from mental health issues as well. They may have developed these controlling behaviors as a response to childhood trauma, or as the result of Narcissistic Personality Disorder or another psychological condition.

A study of 250 young adults found that abusers who gaslit their partners also exhibited high levels of emotional detachment, impulsivity, and risk-taking and anti-social behaviors.

Once you’ve figured out how to tell if someone is gaslighting you, the next step is removing yourself from the relationship, if at all possible, and avoiding other potential gaslighting situations. Here are some ways to take action and protect yourself if you are being gaslit in a relationship or at work.

Talk to others about what’s happening. Don’t let the gaslighter separate you from friends, family, or colleagues who care about you and respect your viewpoint. Share what’s going on with as many people as possible so they can validate your experience.

Focus on actions, not words. A gaslighter may sometimes tell you what you want to hear in order to keep you in the relationship. But their words are meaningless if their behaviors don’t change as well.

Remind yourself that you are not the reason for a gaslighter’s abuse. There is nothing you could or should have done differently to avoid being gaslit. The abusive behavior was not your fault—it was about the gaslighter’s attempts to control and manipulate you.

Don’t try to argue with a gaslighter. Gaslighting is not a rational behavior and gaslighters will not respond to logic or admit their true motivation. If a partner, friend, or colleague turns a conversation into an opportunity to insult you or question your sanity or ability, step away from the discussion—and the relationship if possible.

Practice trusting yourself again. Once you have ended a relationship with a gaslighter, it may take some time and practice to start trusting your instincts and your perceptions again. Remember that the pictured the gaslighter painted of you is not the truth of who you are.

Support for Overcoming the Mental Health Consequences of Gaslighting

After being in a relationship, friendship, or work environment with someone who was gaslighting you, additional support is often necessary to address gaslighting abuse symptoms. Support groups with others who have gone through similar relationships can be very helpful in helping victims overcome feelings of isolation and self-blame. Therapy can help people who have been gaslit to heal the self-doubt, self-esteem issues, lack of trust, depression, and/or PTSD resulting from this painful experience.

Treatment with compassionate mental health professionals, alongside a caring community of peers, can allow young adults to get back on track with their relationships and their sense of self-worth. At Newport Institute, our model of care focuses on supporting young people to build trusting connections with others while reestablishing their connection with their own inner guidance and wisdom.