No matter what types of prescription drugs a young adult is abusing, sustainable healing requires looking deeper. Changing a behavior isn’t enough—in order to achieve long-term recovery, young people need to heal underlying issues such as trauma, depression, and anxiety. Therefore, comprehensive treatment for prescription drug abuse utilizes a combination of evidence-based clinical and experiential therapeutic modalities that get to the heart of the problem.

Moreover, emerging adults face a set of challenges—both individually and societally—that are specific to their generation. Hence, prescription drug abuse solutions for this age group should be equally specific, providing customized care that takes into account not only a young adult’s personal history but also the neurobiology, culture, and life stage of this demographic.

Drug abuse symptoms in young people manifest emotionally, mentally, and phPrescription drug abuse effects vary depending on which medications a young adult is abusing. Here are the three most commonly abused types of prescription drugs and how they impact the brain and body:

What’s the different between using a prescription drug vs. abusing it?

If you’re using a prescription medication in order to get high, you’re abusing it—even if it was prescribed for you. Prescription drug abuse also includes taking a dose other than the one prescribed, or taking the medication in a manner that was not prescribed, such as grinding pills and snorting them.

In addition, using a friend’s or family member’s prescribed medications—whether or not you’re taking them for a medical condition—also constitutes prescription drug abuse.

Young adults aged 18–25 abuse prescription drugs at higher rates than any other age group, according to the National Institute on Drug Abuse.

Each type of medication creates prescription drug abuse effects on a physical level:

Sedatives and anti-anxiety medications can result in:

Stimulants have the following physical effects:

Why do young adults start abusing prescription drugs? They might begin misusing a medication in order to relax, feel less inhibited, control appetite, improve concentration at work or their academic performance. They might even start using a drug because they received a legitimate prescription for pain or anxiety, and then found they liked the way it made them feel and began misusing the medication.

Once a young adult starts abusing prescription drugs regularly, the body and brain develop a dependence on the drug, both physically and psychologically. As a result, they may continue to use the drug even when it’s causing significant problems in their relationships, school or work life, and daily functioning. Moreover, a young adult who is abusing prescription medications has a higher likelihood of engaging in risky behaviors, getting in trouble with the law, having a car accident, and using illegal drugs.

When diagnosing prescription drug abuse, a healthcare provider will conduct a comprehensive physical and mental health assessment that includes:

What will I experience in treatment for prescription drug abuse?

Treatment for prescription drug abuse isn’t over once you’re no longer using prescription drugs. In fact, that’s when the most important healing work begins. Expert mental health professionals—including clinical therapists, recovery counselors, and experiential therapists—help young adults work through past trauma that may be prompting their misuse of prescription drugs. In addition, patients learn healthy ways of coping with trauma triggers and dealing with the symptoms of depression and anxiety.

In 2018, only 6 percent of young adults with a substance abuse issue received treatment at a specialized facility. 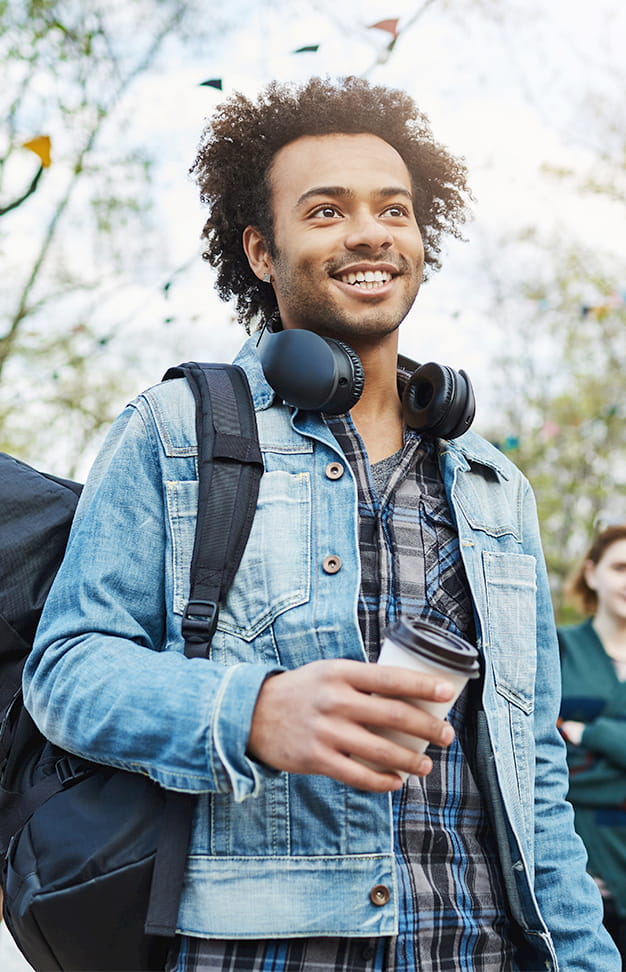 At Newport Institute, we nurture the physical, psychological, and educational needs of young adults from a foundation of compassionate care, clinical expertise, and unconditional love. Through in-depth assessments and psycho-educational testing, we develop a customized treatment plan for every individual.

Our integrated approach to treatment for prescription drug abuse guides young adults to create authentic connections with themselves, their peers, and their family and loved ones. In building self-awareness, self-esteem, and self-compassion, they come to understand the real reasons for their prescription drug abuse. When they leave us, they are equipped with a sense of purpose and meaning, as well as lifelong tools for thriving.

Reach out today to find out more about how Newport Institute can help you or a loved one get the help you need.